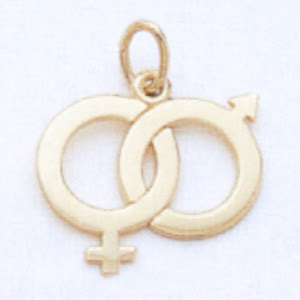 After 23 years in the LA Times sports department, journalist Mike Penner has decided to make some changes. He'll return after a short vacation as Christine Daniels.

In the overtly public world of journalism, where our thoughts and words are thrown daily into the homes and streets of America, this story, that of transsexualism, doesn't surface often -- especially when it is the reporter making the news.

But Penner's peers seem to support him, perhaps even if they don't quite understand him.

"When I told my boss Randy Harvey, he leaned back in his chair, looked through his office window to scan the newsroom and mused, 'Well, no one can ever say we don't have diversity on this staff,'" he writes today in the Times.

As a sports fan, I don't recognize his name. But I believe now I'll recognize hers...

Penner's justification for the switch? "As extensive therapy and testing have confirmed, my brain was wired female. A transgender friend provided the best and simplest explanation I have heard: We are born with this, we fight it as long as we can, and in the end it wins," he writes.

Good for him for giving in. I know the pressure of being a journalist. I can't imagine facing the world as a transsexual journalist, much less hiding behind a misidentified form for decades.

To read the full announcement in print, see http://www.latimes.com/sports/la-sp-oldmike26apr26,0,588768,full.story?coll=la-home-headlines
Posted by John at 12:05 PM

You mean you think he'll change his mind? Yes, sports is a manly game, and it's attended by manly reporters, mostly. But I think this case might be different.

And, of course, there is only one way to ensure he does the deed -- look for Christine's byline in the Times' sports section.